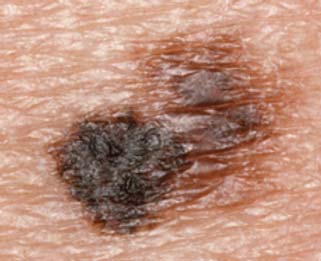 In 2016 it is estimated that 13,283 were diagnosed with melanoma, in addition to the nearly 50,000 people who currently live with melanoma in Australia.

Australia has the highest incidence of melanoma in the world, a probable “perfect storm” of a sunburnt country, a population mostly descended from northern Europe, and previous degradation of the ozone layer that we are still feeling the impact of today.

It is one of the deadliest cancers but also if caught early in most cases is completely curable.

According to the largest international melanoma Foundation (https://www.aimatmelanoma.org) and the latest published research articles, regular screening means 90% of melanoma is diagnosed when less than 1mm thick, and risk of death is more than halved, compared to non-screened patients.

Most melanoma grows in two phases. The first phase – “horizontal growth phase” is when cancer spreads horizontally through the skin but does not invade the skin. This can last for years. I have had many patients who have seen both General Practitioners as well as dermatologists who have told them a funny looking spot is